Spring frosts represent a serious problem to deciduous fruit trees, specially to those which bloom the earliest. Low temperatures may cause damage in buds, flowers and fruits recently curdled and therefore affect the crop's yield and quality.

The Alto Valle region is located at 39°1' S, 67°40' W and is 242 MAMSL. It is characterized by having a cold temperate climate, with hot, dry summers and cold, rainy winters. Average annual temperature is in the 14°C to 15° range. In the Alto Valle the first frost of the year occurs, on average, on April 5; and the last on October 12. The average frost-free period lasts174 days approximately, with the standard deviation of the exact dates of the first and last frosts being +/- 18 days.

For the protection of the fruit trees against this climatic adversity, producers rely on defense systems based on aspersion, windmills or heaters. In any case, these technologies usually aren't very cost-effective, and depend on water and fuel availability. In the Alto Valle (high valley) of the Rio Negro and Neuquén rivers, the sprinkler irrigation system is the most effective defense against spring frosts. In places where water availability is limited, the use of the sub-arboreal sprinkler system has grown in the last few years. While granted that the cost of these protection systems is high in the installation year, its maintenance and implementation are cheaper and more environmentally sustainable than heater systems.

Biophysical changes which occur in the transition from water to ice during cooling, are the greatest sources of harm, apart from the low temperature per se. As the ice crystal grows (inevitably growing first in the extracellular medium surrounding cells in sub-zero conditions), an effective osmotic stress exists, since the concentration of solute surrounding the cells is excluded in a decreasing solvent volume. This dehydration by freezing was one of the first harmful consequences identified in cellular cryobiology.

Cryo-protector and anti-transpirant products exist in the world market, which are used to confer on crops low-temperature tolerance, a reduction in peach flowers mortality of 10 to 15 percent in -5°C frosts being observable in some cases. It was also determined, in studied conducted in almonds, a decrease in lethal temperatures (LT10 & LT 50) of between 1,5 and 2°C. In our area there isn't much information available at the moment. The cost of this treatment isn't high, and its application can be decided based on meteorological forecasts.

A summary of the different experiences with Antifresh as a protection method against spring frosts in cherries and grapevines during different production seasons is presented in this report.

Experiences of Antifresh application on cherries

In this species we worked in four seasons: 2012/2013, 2014/2015, 2017/2018 and 2018/2019. In chart 1, different varieties and treatments are detailed. To determine the moment of Antifresh application, it was considered: 1) the phenological state of the crop, considering that the more advanced it is, the greater the susceptibility to cold damage, and 2) the regional frost forecast. Cherry varieties, treatments, application method and evaluation type conducted with Antifresh formulations in different study seasons.

We worked on a square of cherries planted with the cv. Sweetheart variety in the San Patricio del Chañar district. 10 rows were marked in two grouped blocks per treatment. Two treatments were applied: Antifresh 20% and Control (no application).

Antifresh treatment was done the morning of September 12 with a turbine pulverizer calibrated to spray 2000l/hectare (photo 3). The crop was between states C and D (visible callyx and corolla, respectively) (photo 3), moment from which organs have a critical temperature of between -2,2 and -3°C. Previous states (closed bud and swollen bud), are more tolerant to lower temperatures.

Laboratory testing allows for independence from frosts, as well as the possibility of programming the thermal descent magnitude, the minimum reached and the duration of said minimum.

In the first season we worked with Antifresh (2012/2013), after 1, 5 and 8 days after Antifresh 20% application, a sampling was made consisting of 50 of the organs corresponding to each date (darts or flowers) and were brought to the lab, where they were conditioned and displayed in polystyrene trays (photo 5). Afterwards, they were subjected to a controlled thermal descent of 2°C per hour, which reached a minimum of -2,75°C. The Antifresh product behavior was evaluated 24h hours later, regarding the presence of necrotized tissue due to frost.

It was corroborated that only Antifresh 20% product presented a lower percentage of damaged organs in the sampling done after 8 days product application, which may correspond with a better product performance with the course of days on the whole plant. While in previous samplings the damage found was greater than Control.

Taking into consideration the previous results (chart 2), in the 2018/2019 season organ samplings were done after 7, 11 and 20 days after Antifresh 20% application. The organs corresponding to each date (darts or flowers) were brought to the lab, where they were conditioned and displayed in polystyrene trays (photo 5). Afterwards, they were subjected to a controlled thermal descent of 2°C per hour, which reached a minimum of -4,5°C. The Antifresh product behavior was evaluated 24h hours later, regarding the presence of necrotized tissue due to frost.

For the monitoring of environmental conditions, data from the INTA’s EEA Alto Valle automatic station was taken. Since an automatic weather station wasn’t available nearby, in the San Patricio del Chañar testing temperature sensors were placed inside the square and 1,5 meters high, in order to test the occurrence and magnitude of the frost event.

In the 2017/2018 season in San Patricio del Chañar, 16 e-button type sensors were placed 1,5 meters high, distributed evenly in both treatment's blocks, in order to determine different thermal zones within the square.

The following chart details the minimum temperatures registered after different Antifresh applications in each season.

Monitoring of damage incurred by vegetative and productive organs

In all study seasons samplings of buds previous to Antifresh application were done, in order to characterize the initial damage of each square. With that end, about 80 darts were recollected and taken to the lab, and the presence or absence of frost damage was determined (photos 7 and 8).

By way of comparison, the following chart shows the cost per hectare of the different control systems and the estimated possible yield considering its percentage of average protection and an expected yield, without frost damage, of 16.000 kg/hectare.

According to the obtained results, a positive behavior in the evaluated product on cherry crops is observed. The magnitude of the decrease of damaged organs percentage varies between 25 and 50% and 20 days after application. This variability possibly depends on the intensity of frosts, the phenological state, how many days have passed after the product was applied, among other factors. The highest protection values occurred with frosts lower than -2,5°c.

The product doesn’t modify the metabolical functioning of the productive organs.

The Alto Valle region is Argentina's main pear production area, with an approximate surface of 22.000 hectares (SENASA 2016). Although pear trees require protection against spring frosts, these are less sensitive in swollen bud states than stone fruits, like cherries. Generally, active (conventional sprinkler irrigation, or sub-arboreal, heater use) or passive (flood irrigation on naked ground) measures are employed for its control.

During the 2014/2015 season we evaluated the effect of different application plans of two Antifresh formulations on cv. Buerre D'Anjou pears, looking for a control alternative.

Viticulture is an important activity in the Alto Valle. There are currently 3000 hectares and 37 wineries. Both spring and fall frosts usually cause severe damage in this crop, and make active defenses necessary.

One can conclude that the use of Antifresh, applied on grape crops in state of advanced development previous to sprouting, did not present adverse effects on the vegetative and productive development.

Even if spring frosts have occurred during the evaluated seasons, the time of applications was assertive, considering the susceptibility of tissues to damage by frost. However, it will need to be adjusted to the short and long-term weather forecasts, considering the cost-benefit relation of the product. That is why one cannot conclude on the degree of protection of Antifresh in grape. 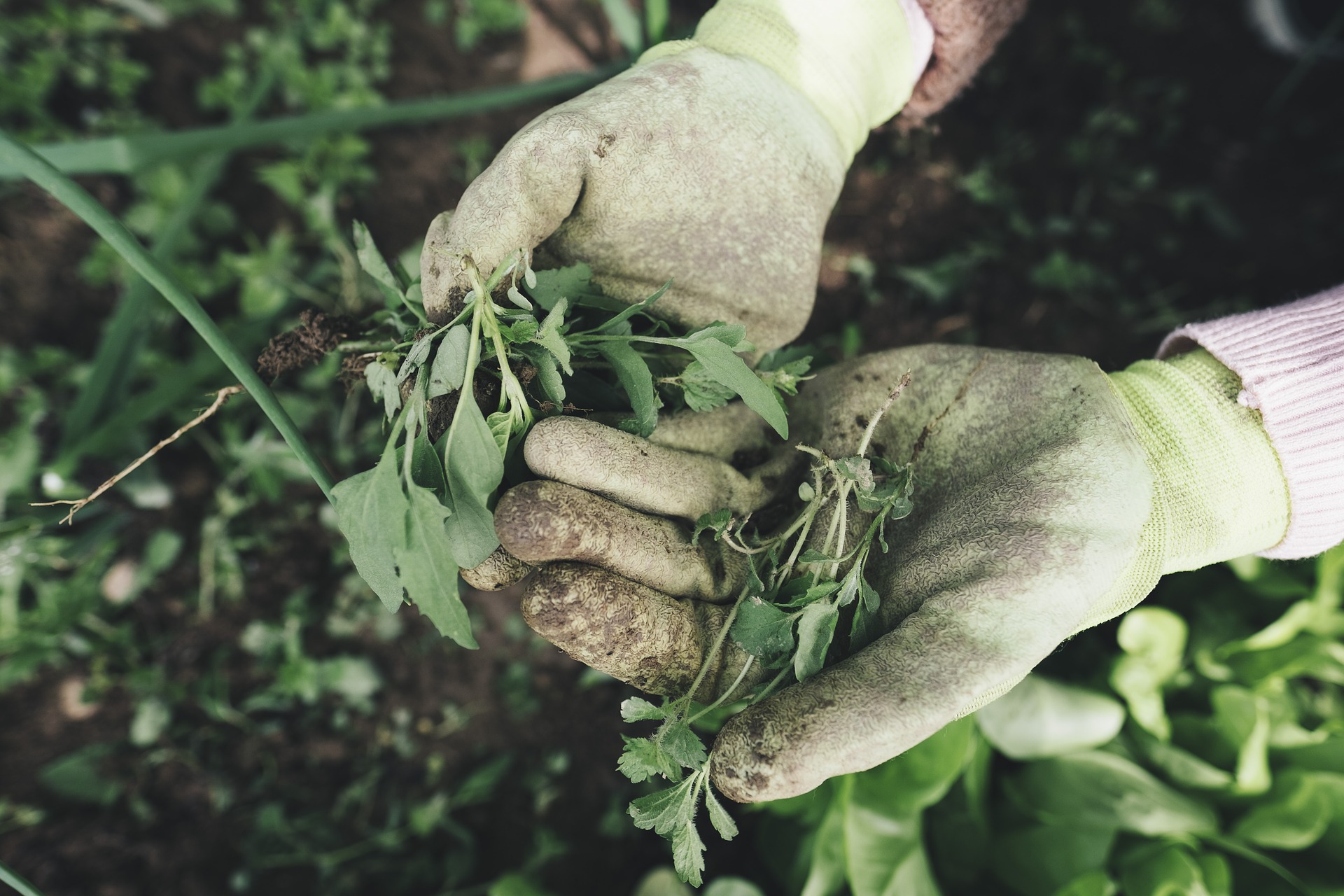